Back in the late 1970’s, working as a sound-installation artist, I developed a 16 channel sound distribution system which was able to have any combination of the16 speakers active at once with volume control. I used this system to move sound around in space.

It ran off a Radio Shack TRS-80 Model 1 computer interfaced with a custom made (wire-wrapped) sixteen voltage controlled amplifiers plus 8 Heathkit stereo power amps and 16 speakers. In total the whole system weighed about 90+ pounds and fit in the back of a hatchback.

I thought about what it would take to recreate the device using today’s technology. To  run the system, I used a Raspberry Pi.

Researching amplifiers that could be digitally controlled, I settled on Adafruit’s MAX9744 stereo amplifier. Unfortunately due to the engineering of the chip, I needed one amplifier for each 16 channels since one amplifier cannot control the right and left speakers’ volume independently.

Since the 16 amplifier boards have the same I2C address, I used an Adafruit’s I2C multiplexer to access each amplifier independently. Below is the board I used to interface with the Raspberry Pi and eight  amplifiers. I used the  Sparkfun’s large prototype board because of where the stacking holes are located and the convenience to tie together both power rails with jumpers. In the complete system for 16 speakers, there will be a second multiplexer. 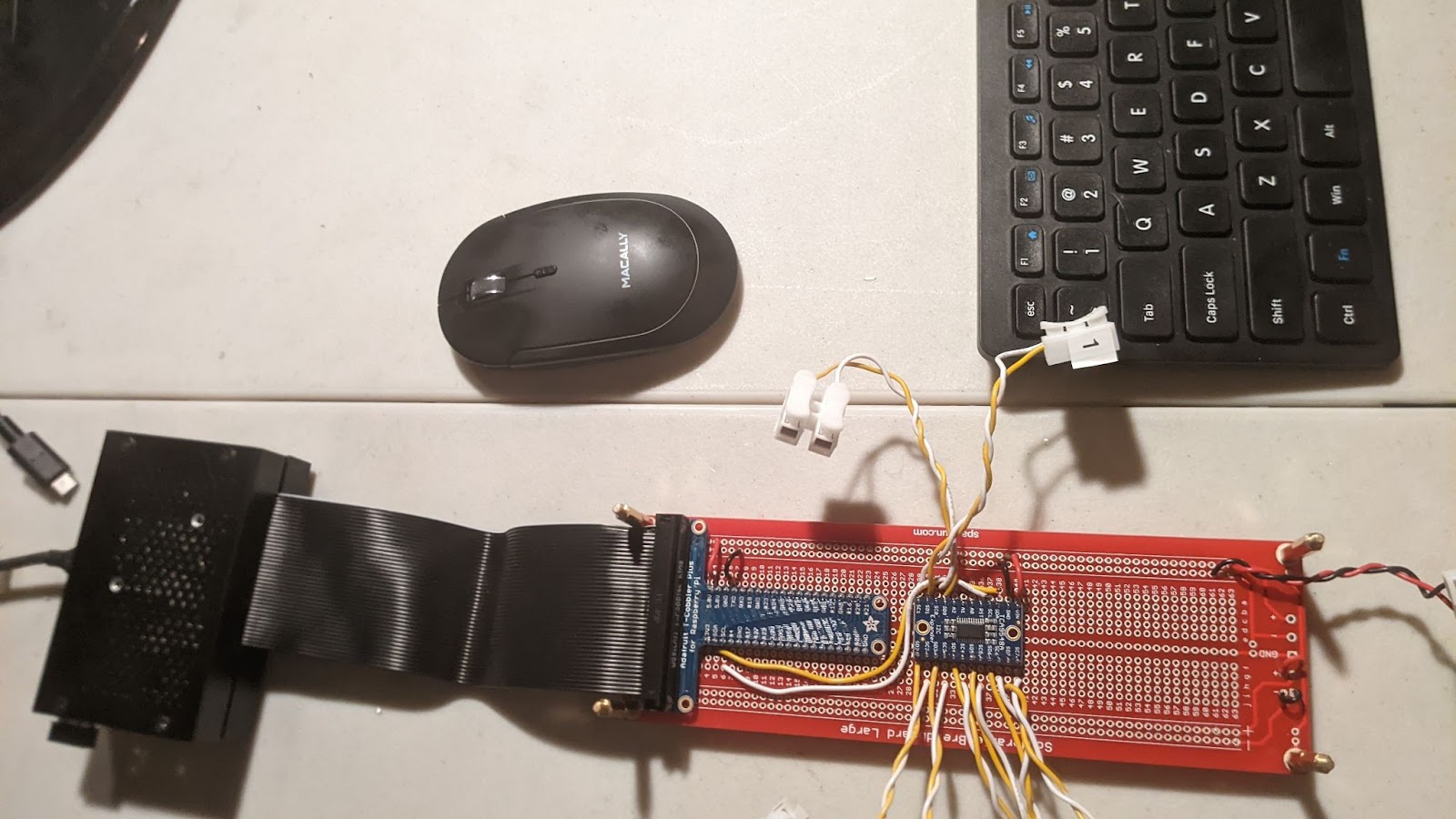 To connect to the speakers, a RCA female board was soldered next to the amplifiers. Below is the completed Amplifier board which is one of eight. Below is a complete 8 out of 16 channels.

To complete the system, I purchased a 16 Channel Audio Distribution Amplifier and speakers manufactured by Pyle.

Currently, I am arranging with art galleries to install sound installations.